Having signed to upcoming black country management label Strawberry Moon Records within a matter of months of their demo for ‘Play it out’ appearing online, Walsall’s ‘Big Ginger Kid' FKA Modern Minds, are already making not steps but strides.

A mere month after the official release of their video for play it out, Big Ginger Kid are bringing their high energy, britpop-tinged sound to Walsall Wood’s Football club for their first headline- and it doesn’t get more intimate than that.

First up are Wolverhampton’s very own METHODS, a band I have been following for a while now and that are going from strength to strength, having also recently signed to Strawberry Moon Records. There’s an essence about the band that makes you feel like you’ve seen them before on a much larger stage, it was clear from their performance that the band and their electronic anthems are made for big stages. It’s hard to put you finger on their sound, with moments that remind you of 80’s synth pop acts such as New Order and Depeche mode, others hark influence from post punk pioneers Joy Division and Editors, whose roots lie in around Wolverhampton.Talk outside the venue suggested bands such as orchestral manoeuvres in the dark. It’s clear that the band are a group of musicians in their own rights, they are not only tight and well rehearsed, but deliver an energetic performance. I mean who would-of thought post punk could be fun to watch? Their lead singer is robotic in his onstage persona, reminiscent of the dark, industrial tone of their music. Keyboardist Jon’s moves however are as varied as the band’s influence. The band tear through a powerful set of all original material, and do not fail to deliver something new with each track. The Light and the shade of us shows a more sensitive side to the band’s sound, whilst White coats is a product of all the elements that make METHODS, reverberating guitars, washes of synthesizer, and a ticking, driving drumbeat.


However for me, initial single ‘Sanctuary’ is the standout track of the set and is worthy of being the band’s encore song. This evening though, it is played halfway through the set
Watch this space, METHODS are destined for big things.

Listen to 'Kitten' below:
https://www.youtube.com/watch?v=P3FGApWXcYw&t=222s

Big Ginger Kid follow suit soon after, with a sound that captures all the best parts of the Britpop era, bringing together the guitar sounds of blur and the happy mondays with the basslines and drumbeats of Oxford’s noise indie band RIDE.
They open their headline set with lead single Play it out, which is centred around a bouncy reverb laden guitar riff that is reminiscent of Birmingham based ska band The Beat, which suggests influence other than britpop on the band. The track ascends into a killer guitar solo to close that’s borderline indie shredding and similar to the solos of British guitar hero Graham Coxon. Close your eyes and it could easily be bass player and all round cheese legend Alex James too.
The lead singer, dressed in a camo jacket address the crowd of friends, family and fans regularly during the set. They don’t take themselves too seriously either, which is important in a day and age where many a band get caught up in the hunt for fame and fortune. BGK however clearly just love performing. Halfway through the set the band deliver a cover of Wheatus’ Teenage Dirtbag. I’ll leave that one where it is. Camo jacket clad, the influence of Britpop on Big Ginger Kid is clear, but their set of original tracks sounds promising and spans a range of genres, from noise rock to straight up indie. I’ll be intrigued to see which track they chose to follow up Play it out.
From just these two bands, it’s clear that Strawberry Moon are a label that are fast expanding, with a roster of already impeccable talent. However, these are just two acts. The talent goes on.
This evening was just a taster of what’s to come for these bands, in particular Big Ginger Kid, who are set to play their first headline on the 13th October at Birmingham’s Sunflower Lounge.
Listen to 'Play it out' below:
https://www.youtube.com/watch?v=9CaD1tjC3-s 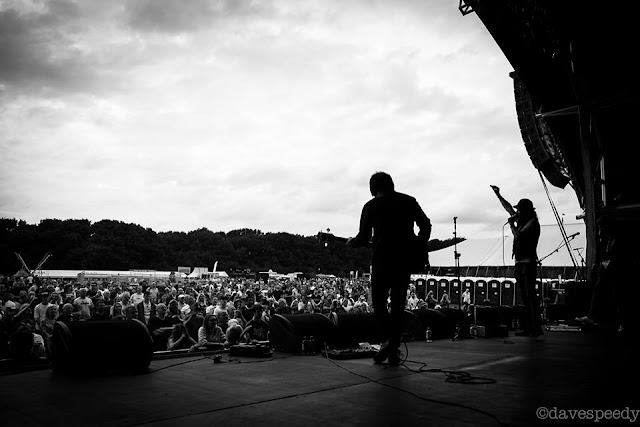 The Institutes - All I Need SINGLE REVIEW

The Institutes are a thoughtful and innovative quartet. Melodic, energetic, peaceful and furious in their exploration of love, life and the social structures that bind us as much as they divide us. The Institutes seek textures in their hooks and rhythm in their wrath... The self release of their debut single 'Million Miles' back in February of this year gained  Coventry four piece The Institutes gigs all over the UK, a support slot with YOTA (Ex Gorillaz/Beady Eye) and a spot on the main stage at this year's Godiva festival, the UK's largest free festival which takes place annually in their hometown of Coventry. Not bad for a band who have been around for merely a year. Now they're back with their second offering of anthemic, melodic, guitar heavy UK indie rock. Set for self release on the 18th August, just one year after their debut live performance, All I Need is all you can expect and more from a follow up single to a debut as strong as 'Million Miles& 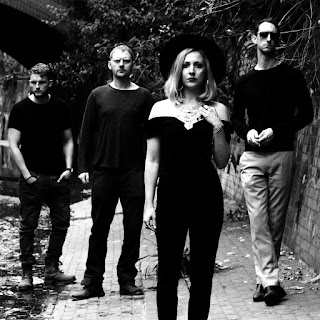 Following the release of their debut single Origami back in March, 2017 has seen Birmingham/Wolverhampton trip-hoppers FABRIK go from strength to strength, playing a multitude of shows around both of their native towns and further afield as well as gain the support of BBC Introducing. The band continue to earn themselves a reputation on the Birmingham scene, having only appeared online in October of last year. August 2017 saw the band release their debut album 'City Islands' having already followed up up the trip hop stomp and intricate melodies of their debut single Origami with second single Animal, a raunchy, primal sonic assault and the most recent, Whitestar, a concoction of 90's hip hop beats, arpeggiated Guitar parts and an angelic, elegant vocal. The album is a well crafted modern trip hop odyssey and captivated me from start to finish. As a huge fan of the 90's scene that spawned artists such as Portishead and Massive Attack, both of which are firm fav